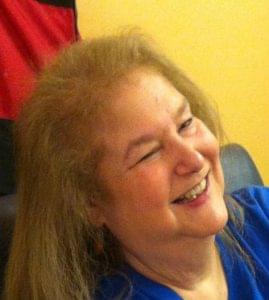 My wife, Ardyth Ness, was 65, the mother of three and grandmother of four boys, her greatest joy. The first noticeable symptoms of something being wrong, speech aphasia and confusion, occurred in late February. She had surgery in early March to remove the tumor in her left frontal lobe and began chemotherapy and radiation treatment in April. For a while she improved. At the end of the six week treatment, however, she fell and was hospitalized for two days. An MRI showed the tumor had abetted. She had one good week and began a downward slide, losing the ability to walk, talk, and, swallow. Home care became next to impossible. At the end of the second week she was hospitalized again. At this point the oncologist said the deterioration showed there was no point in further treatment.

She went into a hospice and died a week later, in mid June.