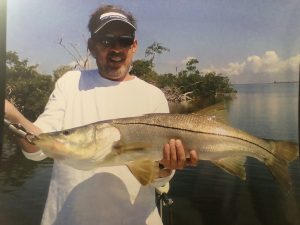 On April 22, 2019, my brother Richard Sturm was fishing on a boat with his buddy when he had a seizure. His buddy got him ashore and my brother was taken to the hospital where he was diagnosed with a brain tumor. My brother and I live in the same town, but he was fishing about an hour and a half away. We decided to take him to a National Cancer Institute designated hospital. He had surgery on April 25, 2019. We celebrated his 67th birthday with friends on May 7th. At that time, I did not realize that it would be his last birthday. We met with his oncologist on May 8th and were informed of his devastating diagnosis: Glioblastoma. We met with the radiologist oncologist who told us that the tumor was very aggressive and had already started growing since the surgery. My brother started the standard treatment of Temodar and radiation but was taken off the Temodar due to a low platelet count. My brother was unable to read or write, cook, or drive and he walked with an unsteady gait; he could do self-care. I had to convince him to try Avastin and was hopeful that this infusion would help improve his brain function, as he was very frustrated by his limitations. My brother refused to try Optune - it is a wearable device that is supposed to destroy brain cells and he also refused to look into clinical trials. On March 6, 2020, I tried to get him out of bed to go to the hospital to get his infusion of Avastin, he sobbed and said, "I don't want to die but I can't live like this". He passed on April 25, 2020, exactly one year since his surgery. I find comfort knowing that he had minimal pain throughout the ordeal.