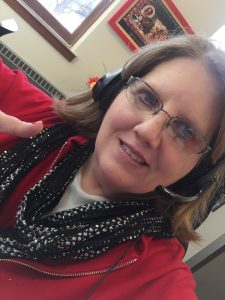 My wife of 21 years, Suzanne, started to complain about having migraines on February 4th, 2020. Since she commonly got migraines, we did not act right away. They went away but came back. We assumed it was stress, but she still went in to see her family doctor who gave her a shot. It helped relieve the pain, but the migraines still returned. Her doctor then prescribed steroids. However, she was beginning to not act like herself, and I discovered she had not been taking her medication, which is not like her. I took her to the emergency room in Fargo on February 22nd. The emergency room doctors also thought she was having a bad case of migraines, but they did a CAT scan as a precaution. It was then they discovered the tumor. She was admitted to Sanford in Fargo, where they did an MRI as well as a craniotomy. The surgeon informed us he could not get all of the tumor out and we would need to wait for tests to see what it was. We were eventually told it was a Grade 4 Glioblastoma and she only had a few months to live. She was put on blood thinners due to a blood clot, and the evening that I brought her home, she complained of not feeling right and had a headache. I brought her to the local emergency room who flew her by helicopter into Fargo. She had a cerebral hemorrhage and died on March 4th, 2020. She was only 48.