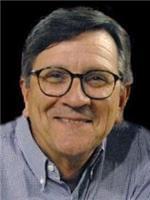 My husband was diagnosed at the age of 65 with Stage 4 Glioblastoma Multiform. Symptoms originally presented themselves as a slight tingling and numbness in his right foot. The symptoms gradually move up the right side of his body. The MRI in January 2017 revealed that he had 3 tumors with 2 located in his left temporal lobe and the main one on his brain stem. Even the brightest and most skilled doctors deemed them inoperable. His oncologist was his best friend and got him into treatment immediately. He started a combination of radiation and Temador. Temador was daily during radiation moving to a monthly dose when radiation was complete. At that time he began receiving Avastin every other week. The Temador continued for 6 months and Avastin continued for a year. Throughout treatment the tumors maintained a "stable to improved" status. He completed all treatment in March 2018 and in April 2018 the MRI showed a new tumor in his left frontal lobe. His decline was significant after that and he passed away on June 24, 2018 at the age of 66. He fought like a champion. Initially he was given 3-10 months and upon his death he was one week shy of starting month 18!