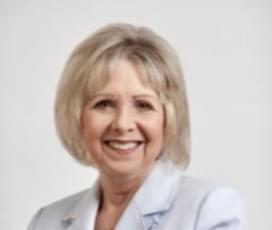 My sister was diagnosed with glioblastoma one and a half years ago. She could not see anything on her left side, and at first we thought she had had a stroke. She immediately had surgery and the tumor was removed. However, the lack of vision on her left side stayed the same.  She was unable to perform everyday tasks, and needed help with most things. She started radiation and chemotherapy soon after. She could not drive by herself or go out, and by that time she needed help to stay with her. She was having trouble with her short term memory and her balance. She went to regular physical therapy for that.

After radiation, she was put on avastin and chemotherapy. Eight months after surgery she had a major seizure   After that she went into a rehab center for several weeks.  The family decided she would be better off at home with 24 hour care. Her quality of life was limited. Shortly after that, we decided hospice care was needed.  By January of this year she had become mostly house bound. She had several small seizures   By February, she became bed ridden.  She needed help eating and was speaking very little. She did not have full control of anything. Two weeks before she died asked me to help her. She said she felt horrible. She couldn’t talk in sentences, but I understood what she meant. After that she went into a semi-coma; thank goodness she did go peacefully.  This is one of the worst cancers imaginable.  A different therapy for this cancer is needed. My sister lost everything. So far there is no cure for this cancer. I hope that one day we can beat this awful disease. We need better treatment options for this cancer.