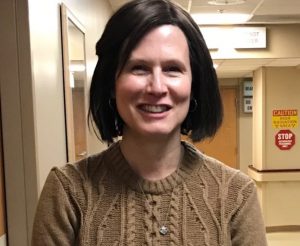 My family's collective lives were changed when I had a grand mal seizure on October 9, 2009. Following my seizure, a large egg-sized brain tumor was discovered in my right-frontal lobe. On October 19, 2009, a day-long surgery took place to remove the tumor. After a long stay in the hospital, I was released and came home on November 2nd. Through the amazing support and prayers of both family and friends, I recovered much faster than we or the surgeons thought possible. We believe this has been a season and process laced with God’s miracles and Divine Providence.

We would later find out that my tumor was in an area of the brain where surgeons could more easily operate. The location was described by the surgeons as “the best place” to have a tumor of this size. Although it was large, it was in front of the motor strip, which allowed for its removal with minimal risk of long-term physical side effects. Any further back and it would have been inoperable, causing definite paralysis if removed. I was also very lucky in that the seizure that led to the discovery of the tumor occurred at night in my sleep. The doctors think that this tumor could easily have been growing for more than ten years, and a seizure could have struck at any moment – while driving the car with kids or other much scarier times.

The morning of the seizure, we went to the ER and a CAT scan and MRI were performed. At the time the films were available, there happened to be a neurosurgeon present in radiology that was able to look at the scans. The initial diagnosis given based on those films was later proved after surgery to be almost dead on.

After the surgery, the surgeon discussed the procedure with us and was very surprised to see that the tumor tissue was easily differentiated from the brain tissue. His words were that he "was surprised", and that" it was not typical to see the distinction as readily".  My recovery was fast and encouraging. I went from not being able to move my left side at all to full strength and full movement in a matter of weeks. Cognitively, I went from struggling mightily early on to being cleared from all therapies -  speech, occupational, and physical!!

I was blessed to remain cancer-free until January 2013. In January 2013, my neuro-oncologist became concerned about a small area in the front of the cavity and an area in the posterior of the cavity where the tumor had been removed. Because of this, a consortium of radiologists, oncologists, neuro-oncologists, surgeons, and other specialists examined my scans in their conference. The consortium decided the posterior area was too far back in the motor area to operate. Thus, it was determined that I needed to undergo chemo to address the area.

By March 2014, when my neuro-oncologist examined my scans, he found little evidence of cancer - even with contrast.  The doctor said, of his own volition, that he didn’t think there was any residual disease.  Scans continued every six months.

In a June 2017 MRI, a brain bleed was discovered in the cavity where the tumor had been removed. This was concerning and moved up the frequency of my MRI rotation to every three months. Three months later, some of the fluid had been absorbed in the cavity, but scans continued to evaluate the area. In July 2018, I followed my doctor's instructions to take a leave from my job until my brain bleed could be brought under control. This was when the source of the problem was discovered: a small mass in my brain was found to be leaking blood into my brain cavity. The doctor believed it to be cancer! I would need another brain surgery, and during my surgery, other areas of concern would be biopsied.

January 3, 2019, I had an MRI, which for the second consecutive time, showed a concerning mass on the top of my cavity. This scan, just three months separated from the last, demonstrated growth of the mass. In late January, I had a seizure, presumably caused by the growing tumor above my cavity. The likelihood was I needed surgery to remove the tumor. The reality was I was a little scared and a lot weary. My neurosurgeon said the decision to have surgery was up to me. I would decide what I wanted him to do.

After getting a second opinion, I was told, without any question, there were serious issues that needed to be addressed – the brain bleed, the tumor above my cavity, the concerning area in the posterior of my cavity, and he also found an area of brightness (possibly cancer) at the bottom of my cavity. So, he immediately scheduled surgery, explaining he would be as aggressive as possible and believed he could remove the entire area – the original cavity, the brain bleed in front of the cavity, the growing mass above, and the area of concern at the bottom of my cavity.

February 11th, I had surgery to remove almost my entire right frontal lobe, all the way down to the ventricle.

How have I survived this surgery and this diagnosis (glioblastoma)? I believe God has granted abundant miracles.  After my February 11, 2019 surgery, it was expected for me to experience supplementary motor area (SMA) syndrome, which causes speech deficits and paralysis (until/unless therapies can help return functions). Miraculously, I experienced no paralysis or cognitive deficits after the removal of almost all of my right frontal lobe.

As of January 2022, there is no recurrence almost three years post-surgery. I have been off all therapies- chemo and radiation- since July 2020. I now follow up with a neurosurgeon rather than a neuro-oncologist, to monitor for recurrence and to determine if there is any growth that needs removal or treatment. Because I am further removed from the original surgery and diagnosis, I am now getting an MRI scan every four months. After my April scan, I will be monitored on a six-month basis.

There is slight underlying parenchymal volume loss due to radiation. Because of the loss, some cognitive functions, such as multitasking and motor planning are weaker.

I continue to beat the odds. I believe my non-standard care (multi-drug chemotherapy and hyperbaric oxygen treatments immediately before radiation sessions) and my faith are the main contributing factors.

As I continue my fight, I know there are no guarantees; I need to hold tight to this instruction:
“Have I not commanded you? Be strong and courageous. Do not be afraid; do not be discouraged, for the LORD your God will be with you wherever you go.” ~ Joshua 1:9