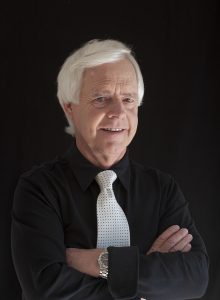 My darling husband Martin dedicated his life to education, as an educator in the public and private spheres, and his life-long commitment to learning. His commitment saw him complete four degrees over his life including a Master’s in Business Administration with first-class honors.

He volunteered his time and talents in a multitude of ways: he was in Apex Clubs, did the finances for the Parish, and gave lectures for COTA and in photographic lighting. He was on school boards and the committee of two camera clubs. Early in our married life when our girls were young, he would spend his school holidays on some major building project around the house. This hobby continued over the years, and he virtually rebuilt and remodeled the family home to keep it up to modern-day standards. He was no DIY-fix-it man; he was a talented craftsman. In later years, we both took on photography and this passion took us on many overseas holidays. We enjoyed both landscape and portrait photography. Martin turned 80 in September 2020. He was a very fit, active 80-year-old who would leave any 40-year-old (and sometimes younger) dead in their tracks.

In early October 2020, I noticed he was having memory issues. He kept asking what day, date, or time it was, and a few minutes later, would ask the same question again. He would forget where he had parked the car and whether he had locked the front door and gate. He would get anxious at the prospect of having to drive out of town trying to visualize the location and finding his way, something he never had to worry about prior as he always drove on instinct and was a very confident driver. However, his long-term memory was perfect. His only other symptoms were a sore neck, which he complained about from time, and needing to use the bathroom very frequently.

I managed to talk him into going to see the doctor on October 13th, 2020. The many blood tests showed up normal, however, a brain scan showed he had two large choroid cysts: 34mm on the right and 47mm on the left. By November 2nd, a neurologist diagnosed Martin as having Alzheimer’s disease. Though he felt the onset was acute, he recommended he start taking Donepezil given the rapid and severe decline in his cognitive function. He was then referred to a neurosurgeon for the posterior lateral ventricular cysts. The neurosurgeon did comment that one of the cysts was odd in shape, but seeing that Martin did not have any other symptoms besides the short-term memory and neck pain, he did not recommend doing anything at this stage as surgery would be very risky due to the location of the cysts, which could leave Martin blind or paralyzed. An appointment was made for review in 3 months.

By Christmas Day, he was not his usual self and started to complain about backaches, weakness in the legs, and occasional blurred/double vision. He became very sensitive to sound, often asking about the whirring sound in the car. However, the most significant change was that he was chronically tired and virtually drained of energy. The day before he was scheduled for more tests, he suddenly collapsed in the kitchen and went unconscious for several minutes. I called the ambulance, and he was admitted to the hospital, getting tested for a possible heart attack. I commented about the MRI from October and the next day, a new MRI revealed that the cysts were an aggressive glioblastoma that had now doubled in size and was one big mass.

The neurology, oncology, and radiology team all agreed that there was no option for treatment, and he returned home. In the next few days, the fatigue got worse, and he started to drag his left leg when walking and within days, he required a walker. The chronic need to go to the toilet paired with his short-term memory became difficult to manage. He needed assistance to maneuver onto the toilet and I needed to be close by as he would forget that he could not go unsupervised. He was home three weeks when I was on the phone in the next room to palliative care when I heard a crash. He had fallen trying to go to the toilet on his own.

He was admitted to the Palliative Care Unit where they assessed him and started him on steroids and medication to calm the bladder. He seemed a lot better and was able to stay awake for longer periods, however, his mobility declined rapidly. He had a couple of seizures and was then confined to bed.

He had moments of confusion, fear, double/blurred vision, and deterioration of his motor coordination as well as his speaking ability. It was very difficult to hear him speak. He never complained and his attitude was inspirational. In his fourth week at the hospital, he began to choke on food and was no longer able to swallow his medication. Once he stopped taking steroids, he virtually slept all the time. He was given an infusion to help with the congestion in the throat. The last four days before his passing he was unconscious the whole time.

We are thankful that he did not suffer for too long, but it was hard to watch an intelligent mind and strong body deteriorate so quickly. Martin passed away on the morning of March 6th, 2021.

He was a man of many talents and did a lot for so many people. He is sadly missed by his friends and family.