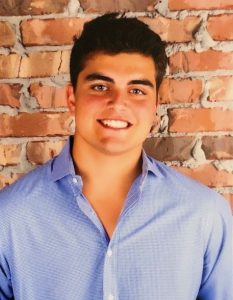 Christopher is remembered as a kindhearted gentle giant with a big welcoming smile. Though Christopher’s massive athletic size sparked fear on the football field, his friends and family would tell you that he also offered comfort and shelter for those who loved him. He was loved by his community and inspired so many people during his short 19 years on earth.

Christopher was a graduate of North Gwinnett High School in 2019. He was diagnosed with Glioblastoma 6 days following his high school graduation. Christopher was a standout athlete in football and basketball, having received many county and state accolades. Following his diagnosis with Glioblastoma in May of 2019, Christopher went on to complete his first semester of college at Georgia Southern while balancing his cancer treatment. He said, “this is just a bump in the road, life is meant to be lived.” Christopher was truly a driven young man, never letting adversity stand in his way.

Christopher only lived 51 weeks following his diagnosis. He completed the standard of care for including surgery June 2019, 33 rounds of Radiation ending August 2019, and Chemotherapy/trial drug.

His family will continue to advocate for Glioblastoma patients in Christopher's name - through supporting awareness and giving with the hope that one day there can be a cure for glioblastoma.